Anthony, and his dog, Brady, had never been apart for long. But due to an unexpected twist of events, they needed to endure three months without each other. Their sweet and emotional reunion at the airport tells us it was all worth the wait. 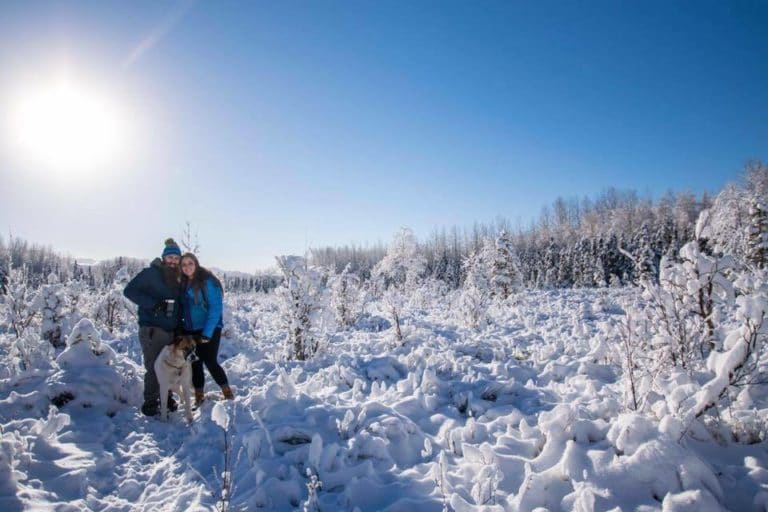 When Anthony and his girlfriend, McKayla decided to change their address from Alaska to Oregon, they thought they got everything figured out. McKayla was to travel with Anthony’s dog, Brady, and then Anthony should be able to rejoin them in a few weeks.

However, Anthony’s dad got seriously ill and ultimately passed away. He had to cancel his flight and stay in Alaska to help his family sort out everything out. It has been three months of separation for Anthony and Brady and were both missing each other so much.

Anthony was finally able to book a flight to Oregon to reunite with McKayla and Brady. The dog was unaware that he was meeting his human dad at the airport just a few days before Christmas. A bearded man was sitting on one of the chairs, but Brady doesn’t notice him right away. They two looked each other in the eye and Brady seemed to feel a rush of familiarity towards this human. “Daddy!” Brady probably thought. Slowly, Brady approached the man and sniffed him. When he confirmed his suspicions that it was indeed his favorite human in the world, the huge dog immediately jumped on him for a bear hug and several wet kisses.

Brady even let out gleeful whining while Anthony carried him. The pooch is very happy to reunite with his dad. And finally, they are all home.

Anthony and Brady were happy to be back together. Even other passengers who witnessed the reunion shed happy tears for them.

Watch Anthony and Brady’s joyful reunion in this Facebook video.

Thanks to McKayla Crump.